Eva PenzeyMoog spent her first four years out of college at an education-based nonprofit. While she was inspired by the social justice nature of nonprofit work and the knowledge that she was positively impacting other people’s lives, she felt stuck in her career and unhappy with the nonprofit pay structure. After doing some IT work around her office she realized a jump to tech might be the solution to her problems, and today she’s a UX designer committed to bringing her social justice sensibilities into the tech industry. She told her story to Scott Morris.

Before working in tech I spent four years at an education-focused nonprofit. I worked with students, had a hand in office management, and helped with HR, IT, and logistics. I absolutely loved doing important, mission-driven work, but I always had a lingering unhappiness. My unhappiness didn’t have anything to do with the specific nonprofit I worked for—it was more of a frustration with the nonprofit industry in general. During my time in the industry I worked extremely hard and did a lot of draining emotional labor, all for very little money.

Along with low pay, after four years I started to feel stuck in my career. I was ready for growth but I couldn’t seem to make it happen. There was no specific role to grow into that I could see at my job, and I was also craving a defined set of hard skills to focus on—my nonprofit work was more like a huge mass of soft skills. I started to have an increasingly urgent feeling that I needed to think about a different career, but I didn’t know what career change would look like.

Meanwhile, in my role of managing IT for our office, I did everything from fixing the copier to figuring out a why co-worker’s desktop computer was slow, so I spent a lot of time on the phone with an IT support expert. One day while we were talking he told me that I should consider a career in tech since I seemed to like working with computers so much. My first response was, “Ha! No way, I hate this part of my job!” But he pointed out that I never just fixed my IT problems and moved on—I always wanted to know why something was happening and to understand it on a deeper level. I thought about what he said for a few months, and I realized he had a point. I really didn’t love fixing broken copiers, but I did enjoy the process of puzzling my way through computer problems. I started Googling “careers in tech” and I read that coding bootcamps were able to teach people with no skills or previous experience everything they needed to land entry level junior level developer jobs. By this point tech and coding bootcamps started sounding like the perfect solution for my career angst: a good paying career where I’d never be done learning and growing, and a realistic path to get there that didn’t involve going back to college.

Of course in order to pursue tech I had to quit my nonprofit job, which brought up a mixture of complicated feelings. The nonprofit I worked for does the incredible, vital work of aiding students who are unlikely to graduate high school without targeted help, and it felt good knowing I was contributing to something positive and important. It was also where I started working right out of college, and leaving the place that supported my growth, taught me everything I knew, and did such impactful work felt devastating. Thankfully my boss was really supportive of my decision to move on and I didn’t have to keep everything bottled up, which eased those feelings a bit—I was lucky enough to work in a place where I could be open about my plans and both my boss and my coworkers supported my transition out (even if they didn’t totally understand what it was I was leaving to do). At the same time though, I felt angry about the nonprofit industry in general—I felt like the organization had significantly underpaid me, but I’d also worked with the budget and knew it was just the financial reality. Because of the way nonprofit financials work, too often only people with a certain amount of privilege can stay in those jobs. I still feel angry about that. And of course I was also anxious about taking a new career path and worried it wouldn’t work out.

But it did work out! The process wasn’t all smooth and it took me a bit longer than I intended, but I was eventually able to use bootcamps to get a solid foundation in front end development and UX design, which led me to a job at 8th Light, a software consultancy in Chicago. I’ve been there for nearly two years and I’m now a full-fledged member of the design team. I love applying the empathy and people skills I developed in my nonprofit career to technology design, and I still get a chance to work with students. I currently spend Friday afternoons mentoring a high school senior who wants to work in tech, so in a way my work has come full circle (except now I have a lot more room for growth, a solid, definable skill set, and much fairer compensation).

That’s not to say there aren’t some things I miss about my nonprofit career. At my last job there was a lot of support around processing collectively experienced trauma. I could talk openly with my co-workers about things like police violence, and time was set aside for all of us to talk about it and process it. I miss that and I wish tech was more progressive. For all the talk about making the world a better place, the tech field doesn’t do nearly as much as it could. I think part of the role of a User Experience Designer is to help people be more thoughtful and ask questions about what really matters and what’s going to make people’s lives better—everybody’s lives, not just some. I think there’s an urgent need for people in tech to become aware of issues around racism and sexism and other types of oppression, so I’m trying to take what I learned in nonprofit and translate it into something useful in my new field. I’m committed to helping more women and people of color get into tech and to find ways of creating a space where that can happen. 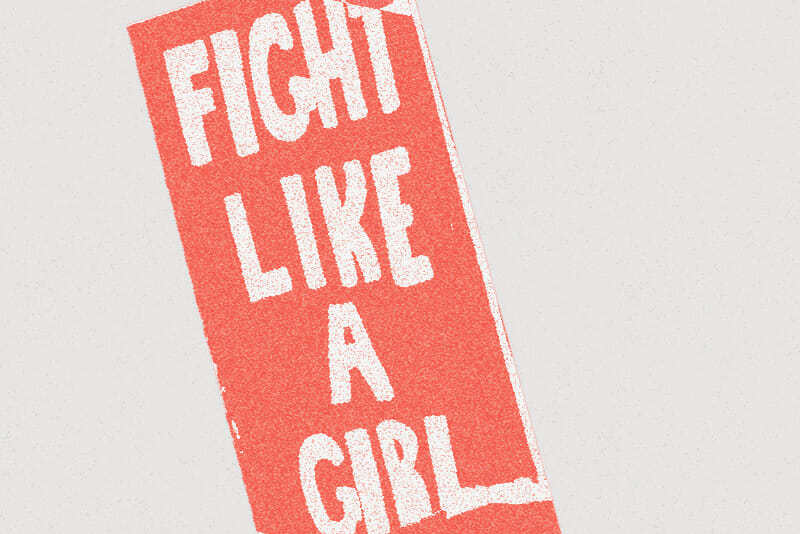