Tech Was My Way Out of the Monotony, Stress, and Panic of a Rigid Lab Job 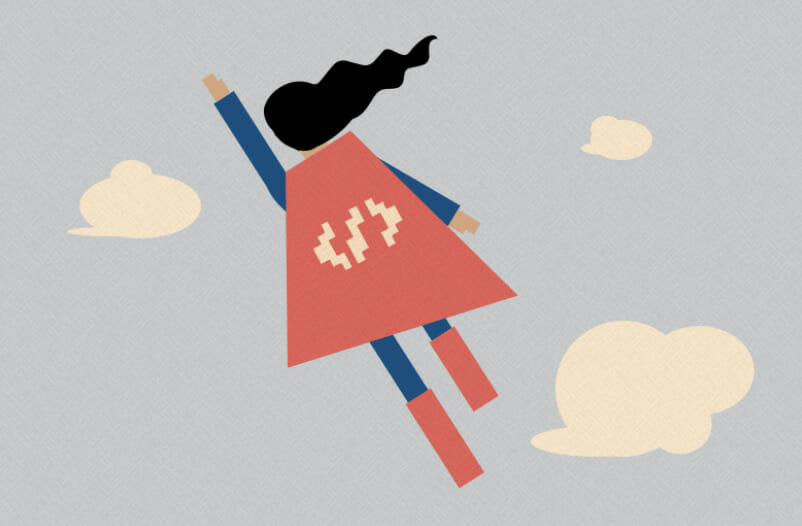 Sara Kevorkian Vinall enjoyed the analytic aspect of her job as a clinical DNA tester—but that was about it. The confines of a lab and a rigid weekly schedule led to monotony that she couldn’t envision slogging through until retirement. Inspired by a friend and motivated by her own interest in computer science, she immersed herself in tech skills, quit the lab, and now enjoys a flexible work schedule. She told her story to Scott Morris.

Before moving into tech I worked at two different jobs doing clinical DNA testing for a total of six years. In the beginning I enjoyed the work, but it didn’t take long for the monotony to set in. Each day was the same routine: I’d come into the lab, wait for samples to arrive, process them as fast as I could, and then spend a relatively small amount of time analyzing the results (which was the part I actually liked). Even though I liked that analytical aspect of the job, I just couldn’t see my lab career lasting 40 or more years until retirement. Once this realization sunk in, I started feeling stuck. I just wasn’t sure what I could do to change my career path to something that would meet all of my needs.

This feeling built slowly, until—about a year and a half into my second lab job—I had a panic attack at work. That attack was due to a combination of things: my latent career dissatisfaction, day-to-day job stressors, and the fact that my second job turned out to be a toxic work environment. I came home feeling drained every day without a clear alternative, but after my panic attack I knew something had to change. That was the moment I decided I was going to find not just a way out, but a way to a career I actually liked.

I remembered taking an Intro to Computer Science class during my last year of college and loving it—in fact I often wondered why I waited until my last year to take that course. As I got farther along in my biotech career there were times I wished I’d pursued a CS degree instead of Molecular Biology, but I really didn’t want to go back to school for another degree. Fortunately, a few months after my panic attack one of my close friends completed General Assembly’s web development immersive course. I didn’t even know these types of classes existed and it sounded a bit too good to be true. Still, as I watched my friend go from a contractor at a tech company to a W-2 employee, I decided I needed to go for it. I decided to follow my friend’s path with General Assembly. Meanwhile, I spent the time before my course started brushing up on my computer science basics with Coursera. I also visited FreeCodeCamp or CodeAcademy every day, even if it was just to write one line of code.

The whole time I was preparing for my jump to tech I knew I’d have to quit my lab job eventually, and knowing I intended to leave so far ahead of giving notice made me feel anxious. I kept visualizing different ways the conversation would go between me and my boss so that I would be prepared to discuss my decision with them. Originally, I’d planned on giving a lot of notice—it’s hard to train technical workers and I didn’t want to leave my coworkers struggling to pick up my work! I figured I could help train the new person or at least help get the hiring process started, and that by adding plenty of buffer time between my notice and my last day I’d help soften the blow of leaving.

My plans of fell apart though, because someone else quit two months before what was supposed to be my last day. Since I hadn’t brought up the subject of leaving yet, the lab director wanted to start training me to take over the work of the woman who’d quit. I didn’t think it was right to waste their time since I knew I’d be to leaving too, so I had to break the news of my leaving right then. It definitely blindsided them to have two people giving notice on one day, and my boss especially was hurt and took it personally (as I said, it was a toxic work environment). Most of my coworkers were generally supportive though—they seemed happy for me to be able to get out of a bad situation and do something that I found more fulfilling.

Now, a little over year since leaving my lab job, I’m so much happier! I’ve been at my new tech job for about six months. I’m a front end developer at a large tech consulting company, so I spend a lot of time fixing bugs, adding features to websites, and getting sites ready for internationalization. I was recruited for the position directly through my LinkedIn profile, and I found out later the recruiter was given my information from one of the career advisors I knew through General Assembly. This all happened about a month after finishing my General Assembly course, though it took a little bit longer for some of my classmates to land jobs.

As far as how tech work compares to lab work, while there are still a lot of monotonous tasks in development I feel like tech allows me to be creative along with being analytical, and I just generally get to use my brain more. My current job also lets me work from the office or from home, and with no fixed hours so long as I attend meetings and put in at least 40 hours a week (I rarely need to go over 40 and if I do it’s not by much). That kind of flexibility is a huge difference from being confined to a lab all day with a shift that’s set in stone.

Meanwhile the constant growth and learning that goes on in tech is another difference I’ve really appreciated. In my lab career, training was expensive and required a technologist to oversee it, since employers don’t want you wasting reagents, equipment time, or specimens. That high barrier to teaching yourself anything new in bioscience made it really hard to ever feel like you were growing in your career. With software it’s totally different—all I need is a computer, and possibly some software licenses (but even then, so much is free or open source I can usually play around with stuff and experiment without worry). The amount of learning I’ve done since the day of my panic attack has been amazing, and with this new career I feel like I’ve gotten a fresh start on life!