Tech 101: What is a Full Stack Developer (and Does it Even Matter?) 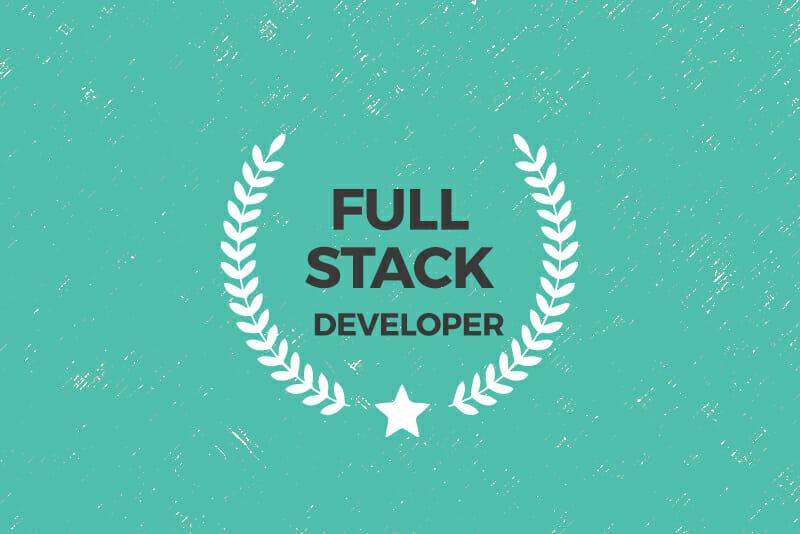 If you’re someone who prizes flexible work schedules, creatively engaging jobs, and high starting salaries (I mean, who doesn’t?), I’m sure you’ve thought about transitioning into a tech career. But when you start researching tech jobs you’ll eventually come across the title “full stack developer”— a title that can understandably leave you scratching your head.

Maybe you already know what a web developer is (or you’re at least able to piece it together from the “web” in its name), but does a full stack developer perform a significantly different role? And is one role better than the other? If so, does this mean there are even more skills you’ll need to learn?

To clear it all up, we’ll dive headfirst into the world of full stack development, explain exactly what it means, and weigh how much the title really matters to your own tech career.

What is a Full Stack Developer?

The first step to decoding full stack development is to break down its component parts, which are:

Combine these two together (and keep in mind that “web” can be substituted for mobile app development, as well), and you end up with full stack development. First, though, let’s break down what each role is responsible for:

Front end development is the web development field that you’re probably most familiar with. It involves building the user facing parts of a website or application (any website content that visitors see on their computer screen via their web browser).

HTML and CSS are used to define the layout and appearance of web pages, while JavaScript is used to implement and control dynamic webpage content (think animated graphics, interactive forms, and photo slideshows).

Back end development deals with the “under the hood” aspect of websites and web or mobile applications. This involves using “server side” programming languages to request data from a site’s web server, which then appears as HTML output on a user’s screen.

Scripting languages like JavaScript and PHP are used to are used to give instructions to applications (like websites) and automate processes happening behind the scenes. While SQL is a language used for communicating with databases and retrieving and delivering relevant data based on user requests.

So, a full stack developer job description then looks for web developers who have the skills to work on both front end and back end development projects. Basically, they’re the “unicorn” candidates you always hear people talking about.

The Argument Against Becoming a Full Stack Developer

So does this mean that full stack developer skills should be the ultimate goal of your own tech journey?

If working for a major tech company is your dream, full stack developer jobs can certainly be a path for getting there, but it’s important to keep in mind that part of tech’s flexibility is the breadth of jobs and roles available.

Why You Should Learn Front End Development Instead

For people looking to transition back into the workforce after time away, or who want to start a part time side hustle on top of their day job, tech is still a more than viable option—but you probably don’t need to go full stack.

Investing in solid front end skills (HTML, CSS, and JavaScript) is enough to unlock paid work opportunities as a web developer. And, while a site like Indeed lists over 16,000 full stack developer jobs, it also currently lists over 25,000 front end positions and and average salary of $104.708—meaning you’re not limiting your options by focusing on front end skills to start with.

This isn’t to say you can’t learn back end languages and get closer to a full stack skillset as you progress with your tech career—you’ll already have front end fundamentals down, and a vital front end language like JavaScript is a bridge between front and back ends. The main point here is simply not letting the pressure to learn everything at once keep you paralyzed from getting started.

So go ahead and try out some free HTML tutorials, see how easy it is to start learning, and then step up your game with paid, instructor-led courses from an online school like Skillcrush.

You now know what a full stack developer is, but you also know it doesn’t have to be your starting point.