Having a remote job or freelancing as a remote worker is the ultimate in flexibility—you can literally do your work from anywhere with a reliable internet connection. But sometimes—when you’re in the thick of working remotely—it can be easy to overlook this freedom. Whether you’re already working remotely or you’re looking to make the jump to an untethered work life, it’s critical to keep this in mind and make a proactive plan to stretch your remote wings. It’s also key to remember that remote work can be a vehicle for travel and extended working vacations—by baking working days into a trip, you can avoid burning all your paid time off and do the kind of traveling that simply isn’t possible with an office job. But where to go? In order to give you an idea of just how many (and varied) travel destinations have the internet access it takes to work from anywhere, we put together a list of eight remote work travel ideas.

While not a destination in and of itself, Outsite is a company that operates co-working spaces for digital nomads in destinations with attractive natural amenities. Unlike staying at a traditional hotel, hostel, or Airbnb, Outsite’s houses are designed specifically for remote workers to live and work alongside like-minded people, with desks, office chairs, free wi-fi, printers, coffee, etc.—the kind of things you’d find in typical co-working spaces. But, instead of leaving that space when you’re done with work and heading back to your humdrum daily life, you’ll be walking out onto beaches, wooded areas, mountains, or—if you’re feeling less naturally inclined—even hip urban neighborhoods. Rates for rooms at Outsite’s properties run from around $50 to $80 a night, and a $199 yearly membership gives members access to discounted rates. Outsite’s current locations include Portugal, Bali, Costa Rica, Hawaii, Lake Tahoe, Brooklyn, Puerto Rico, San Diego, Santa Cruz, and Venice Beach, giving plenty of opportunities to blend working remotely with a feeling of getting away.

If snow or lack of sun is making you want to get your digital nomad lifestyle on, why not consider logging some time in California? Setting up camp in Los Angeles will not only put you smack in the middle of all kinds of cultural and entertainment destinations, but you can combine visits to many of LA’s attractions while staying fully connected online. Hike up into the hills near Griffith Observatory and take advantage of their “Oh, Ranger” free wi-fi network to catch up on emails while soaking in the view. Sit in the sunny heart of Downtown LA’s Pershing Square and do some remote work outdoors using the public high-speed internet. Head out to the Valley and do a few laps in the Reseda Park public pool before taking your meetings using the internet connection in the picnic area. Or lay out on the sand of Venice Beach with your laptop and public wi-fi and get a tan while getting paid.

We all know Disneyland is the happiest place on earth, but is it possible to experience that euphoria without using up every minute of your paid time off? Yes, it is. Thanks to free wi-fi hotspots throughout both the Disneyland Park and California Adventure, you don’t have to enter an internet connection black hole while visiting the Magic Kingdom. And—since it’s hard to bust out a full-blown work session in the middle of an amusement park—you can also take a work pitstop at nearby Downtown Disney, which features wi-fi internet connections at its Disney Store and Downtown Disney West Starbucks locations, allowing you to get in a quick remote work session while maintaining that work-life balance.

Las Vegas has obviously come a long way from Elvis impersonators and slot machines, so it’s no surprise that—in its ongoing quest to be everything for everyone—Vegas has quietly become a destination for remote work (in addition to its more familiar attractions). If you like the idea of spending some time awash in Vegas’ entertainment spectacles but want to be able to stay on top of your workload in between Penn and Teller sets, you’ll have no shortage of co-working spaces to take advantage of. Places like Work in Progress (which offers co-working space for $30 a day), Co-Operate on Main (which offers a drop-in membership rate of $125 a month), or even the Las Vegas Library, which has free wi-fi, private study rooms, a conference room, a computer lab, and three outdoor patios. Las Vegas is so on top of the co-working game that it even has a co-working space, Bloom, designed specifically by and for female remote workers. For a $35 drop off rate or a $99 monthly membership, you can co-work in Vegas minus any unwanted bro effect.

Ground zero for Renaissance art and architecture, Florence is a special city for anyone with an interest in art history—a spectacular place to visit, but not exactly the kind of place that screams productive remote work. However, Florence’s rich history can actually go hand-in-hand with a working visit. Florence offers a city sponsored multi-museum pass called the Firenze Card for a cost of 85 euros (about $98 US). This pass includes access to most of the city’s major museums, along with public transportation and 72 hours of free wi-fi around the city—as historic a place as Florence is, it’s squarely in the modern age with a citywide wi-fi network, extending even into Florence’s renowned Loggia dei Lanzi outdoor sculpture garden. Updating your Google calendar while contemplating the works of Donatello? Sure, why not. It beats the neighborhood Starbucks.

Ah, Hawaii—warm glistening waters, pristine beaches, and a island party vibe throughout the bustling area of Waikiki. But—thanks to a recent bump up in public wi-fi infrastructure—it’s also a prime spot for remote work. Beginning in 2015, the City and County of Honolulu began unrolling free wi-fi throughout the Waikiki area as the start of an ambitious plan to bring public internet access to the entire island of Oahu. Which means it’s now totally reasonable to book a trip to Hawaii, catch a few waves, and return to a cafe or public outdoor area in time for your afternoon meetings.

It’s only natural that ultra-trendy and cutting edge metropolis Hong Kong is a top-flight travel destination that doubles as a mecca for remote workers. Ease of remote work aside, there are plenty of reasons to spend some time in Hong Kong. Whether it’s the natural beauty of Victoria Peak, offering a view from 1,818 feet above sea level, the elite food scene where Michelin star quality food can be had at pedestrian prices (dim sum restaurant Tim Ho Wan has the distinction of being the world’s cheapest Michelin-starred establishment), 12-story shopping malls, or historic temples, Hong Kong has a varied enough range of attractions to satisfy most travelers. But if you’re trying to work during the course of your travels, Hong Kong’s got you more than covered, too. Another city that prides itself on being connected, Hong Kong has free wi-fi in parks, libraries, public buildings, and ferry terminals by way of its GovWiFi networks. Tourists can also purchase an official Tourist Sim sim card for about $11 US and get access to more than 15,000 additional WiFi hotspots throughout the city. And if you’re looking for co-working spaces, Hong Kong has no shortage of them—coworker.com has 119 listed as of this writing.

Chicago is a world-class city, hosting offices for major tech companies like Google, Groupon, and Motorola, so it’s not surprising that coworker.com currently lists 53 coworking spaces within the city limits. But Chicago also offers some options for internet connection you might not be as familiar with. If you’re looking to spend time in the Chicago area and you’re tired of the usual coworking scene, why not head to . . . the beach? Yes, in case you didn’t know, the Chicago Park District operates a network of waterfront recreation area (beaches!) along the banks of the area’s rivers and canals, and—as of 2015—seven of these beaches have been equipped with free public wi-fi, adding Chicago to the list of places where you can relax with your laptop on a beach towel while catching up on reports and emails.

8 of the Best Travel Spots to Work Remotely 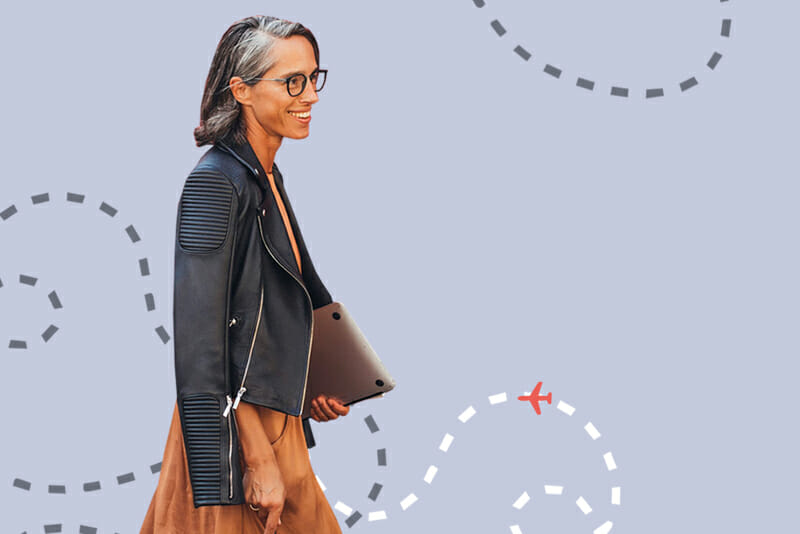