Web Developer Salaries: How Much Should You Be Making?

See what factors influence web developer salaries, including a breakdown by U.S. state!

That said, when it comes to web development, there are a lot of factors that can affect your actual salary. If you live in a tech hub city, like San Francisco, you might make a higher salary on average than if you live in a rural area, for example.

Even if you have a remote job, your salary range can depend on where you live. Your location impacts how much you’re taxed — which directly affects your take-home pay — and it can also be a determining factor in your salary offer, since some remote companies scale salaries to cost of living.

On top of all that, your salary can depend on whether or not you negotiate, whether a company prioritizes pay parity or uses salary tiers, and more.

One factor that impacts your salary as a web developer is the local market rate where you live, which is often tied to the cost of living. For example, if you’re living and working in New York City, the salary offer you receive is likely going to be higher compared to someone who lives and works in Oklahoma City. This is because your living expenses in New York City are much higher, and companies who are competing to hire in New York need to give higher salaries to account for that, thus raising the local market rate in the area.

For remote jobs, location can still be a major deciding factor in how much you get paid. Some companies, notably GitLab, use location when determining salary. If a remote company’s pay calculations operate on a sliding scale based on location, you may get a higher or lower offer because of where you live. For example, let’s say a company calculates pay based on geographic location. A developer living in Des Moines, Iowa would receive a lower salary offer than a developer living in Los Angeles, California — at the same company, for the same role, and with the same years of experience.

On the flip side, some companies don’t scale salaries based on geographic location, which can affect how far your salary “goes” in any given city.

When it comes to remote work, your location can affect both salary considerations and job opportunities. Some remote jobs exclusively hire in certain time zones, for example. But some companies only require you to be able to work some or all of your hours within a certain time zone — no matter what time it is for you — which can be good news for night owls or early morning people!

You should also keep in mind the size of the company doing the hiring. Is it a small startup, a medium-sized company, or a large enterprise? While really big companies often have deeper pockets than medium or smaller companies, well-funded startups can also offer higher than average salaries, as well as stock options.

Skill set and years of experience

Your skill set and years of experience, as well as your current job title, play a role in your potential salary offer as well. An entry-level web developer and a senior software developer living in the same area are generally not going to get the same number on their job offers. The more web development skills you have — for example, knowledge of JavaScript frameworks like React — the more likely it is that you’ll receive a higher offer.

In addition to hard skills, other skills, such as soft skills and management experience, are valuable assets in salary considerations and you should absolutely emphasize them in your interviews and resume.

Companies often use salary tiers based on skill and experience as guidelines or brackets that they follow when they make offers. Your average salary may reflect where a recruiter or hiring manager thinks you fall in that company’s salary spectrum.

Whether or not you negotiate can also influence your salary in a big way. At some companies, salary tiers can minimize the degree to which negotiating changes your pay bracket. In that case, “negotiating” might just mean making the case that you fall into a higher tier based on your skills and experience. At others, not negotiating can mean leaving salary dollars on the table.

It’s tough to navigate, especially if you don’t feel like you have a lot of leverage to negotiate. It’s one reason that being aware of average salaries is so important! You’ll be aware if an offer falls into the standard range, and whether you want to start a negotiation process.

Your area of specialization

Discrimination based on race, gender, sexuality, and more

At Skillcrush, our goal is not only to help you learn tech skills, but also to help you get paid more, improve your career opportunities, and give you more tools to get a seat at the table in the tech industry. And the elephant in the room when it comes to pay gaps and any discussion about salary is discrimination.

Unfortunately, discrimination based on race, gender, sexuality, and more can also play a role in your salary as a web developer. In the tech industry, women are still underpaid compared to men. According to a report by Small Business Prices, women’s wages lag behind men’s at Cisco, Visa, Oracle, PayPal, Google, Microsoft, Facebook, Apple, and eBay, for example.

And when it comes to race, a 2018 PayScale survey found that those who identified as Native American, Black and Hispanic all made less than white workers. According to the PayScale survey, “the largest gap was for Black workers, who earned $0.87 for every dollar white tech workers earned. Even when controlling for a long list of compensable factors, the wage gap remains for these race/ethnic groups.”

It’s much harder to get a precise measure of wage gaps based on sexuality or gender identities because many lesbian, gay, bisexual, transgender, queer, and intersex employees don’t always report their status at work. Yet DiversityJobs references that studies have shown that “gay and bisexual men earned between 10% to 32% less than similarly qualified heterosexual men. Interestingly, lesbian and bisexual women tended to earn the same or sometimes more than heterosexual women. However, they still earned less than both heterosexual and gay men.”

Reading these kinds of stats can be disheartening and worse, especially if you’re already dealing with everything else that comes with making a career change — but we don’t share them to discourage you from entering the tech industry. Instead, we want to give you tools to navigate the industry and get paid more fairly, and help you identify companies that are actively anti-racist and supportive of all applicants.

Understanding the situation gives you a better idea of what to do next, and we hope that being open about how discrimination plays into salaries can help empower you when negotiating — and put more pressure on those in positions of power to pay fairly.

The best and worst states for web developer salaries

Now that we’ve covered some of the factors that can influence your salary, let’s look at the specifics!

If you’re thinking of moving to another state — or wondering where your salary falls on the spectrum of web developer salaries in the United States — you’ve come to the right place. We looked at the average web developer salary in the most populous city in each state. We then ranked them based on both pre-tax and post-tax income.

Why did we get this granular about it? Well, knowing how much web developers make in each state can help you decide where to live (if you have a choice in your geographic location, that is), and also help you negotiate for a higher starting salary that falls in the range of “normal” for your area.

Here’s what we found!

Of course our post-tax numbers will vary person-to-person. To make it simple, we used a calculator that estimates federal, state, and FICA taxes for an individual filing as “single.”

In looking at these charts, you can also see that state taxes can make a big difference in terms of your take home pay. For example, New York and New Jersey share average web developer salaries because of their geographical proximity. But if you live and work in New Jersey, because New Jersey state taxes are lower, you get to keep $3,709 more than your New York counterpart simply because New Jersey is more tax-friendly. If you’re on the fence between moving to New York or New Jersey, taxes are something you should definitely keep in mind.

Because local market rate, cost of living, and taxes play a big part in how big your paycheck is at the end of the day, we hope that the top 10 best and worst state rankings give you a better idea of how much you should be making depending on where you live, and whether or not you’re getting paid a fair market rate based on your location.

**Note: We chose the most populous city in each state to pull salary data on Glassdoor, which is a mix of self-reported and company-reported salary information. We deduced that in areas that likely have fewer developers (and fewer data points!), this may result in higher than average salary information. That’s what we presume is happening with Alaska!

Another thing to note: On Glassdoor, New Jersey and New York salary information was combined, which is why they are identical on our chart.

Our after-tax numbers were derived from Smart Assets’ Income Tax Calculator. Taxes vary by state and you should always consult a tax professional about your state income taxes**

Why knowing how much web developers make matters

Okay, that was a lot of data! But in the end, why does it matter to be so specific about how much money web developers make in any given place?

If you’re not sure what the average salary is for your area, sites like Indeed, PayScale, and Glassdoor all have salary information that you can search along with where you live. Knowing what the average web developer salary is matters when it comes to salary negotiations. This is particularly true for women, and women of color especially, who are traditionally paid less than men (see above) and who are statistically less likely to negotiate their salaries (Dice Insights).

Being able to cite market rates for someone with a similar skill set and level of experience as well as what the company’s competitors are paying for a similar role can go a long way in the negotiation process, especially if it’s a competitive hiring market in your local area.

📌 PS – If these salaries convinced you that learning web development skills is the right path for you, Skillcrush can help you get there! Our Break Into Tech course is a comprehensive program designed to help total beginners in tech start a new and fulfilling career. 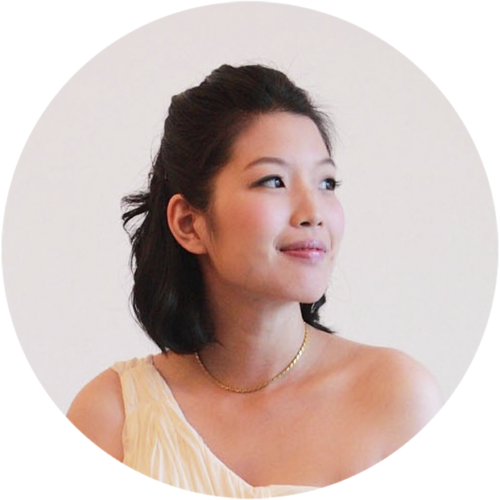 Justina Hwang is Content Marketing Manager at Skillcrush, and has been covering tech education for over three years. She holds a PhD from Brown University. Justina spends her free time with her mildly needy (but very adorable) cat.
(Back to Top.)