Do you want to be a Ruby pro? 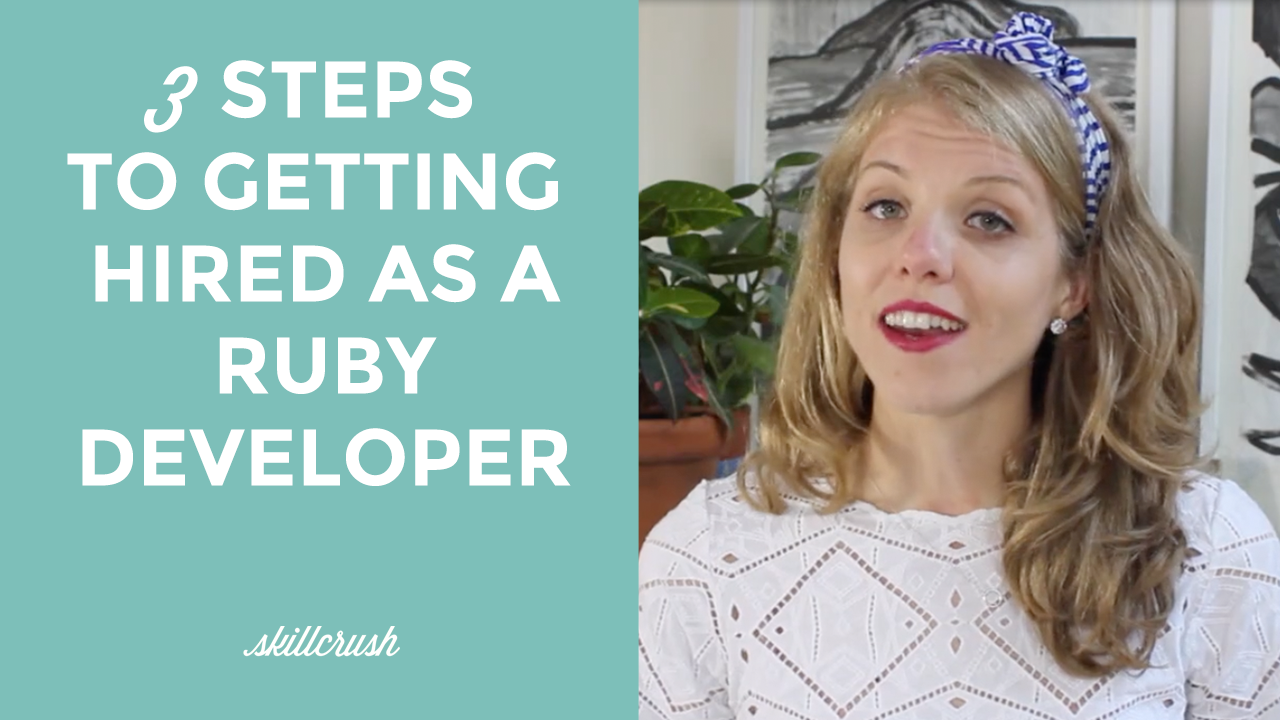 Do you want to get hired to code in Ruby?

Maybe the thought of getting hired as a full-time Ruby developer makes you ecstatic, or even scares you a little. Either way, you might be wondering . . . how can I do that? Or even . . . what is Ruby?

Ruby is a programming language, but not just any language. It has a certain je ne sais quoi. Rookie coders and veteran developers alike swoon for Ruby.

Perhaps it's the simple syntax that gets them (Ruby looks a lot like regular words – no crazy parentheses or semicolons here). Or it could be the supportive community and the fact that Ruby is just plain fun to write. And I have a suspicion that people just LOVE IT when cute little foxes teach them to program.

As many of our Web Developer Blueprint students have discovered, it's easy to fall in love with the Ruby programming language. But they have one big question:

How can I get hired as a Ruby developer? How do I go from being smitten with Ruby to getting paid to code in Ruby all day long?

I'm here to help. As glorious and fun as Ruby is, you need more than just Ruby to get hired. Heard of a little thing called Rails?

If not, don't worry. I explain everything you need know to go from "I LOVE Ruby" to "I get paid to love Ruby" in this week's installment of SkillcrushTV.

So head on over to this week’s episode, where I break it down into the 3 steps you need to follow to get hired writing Ruby. Get ready to change your job title. ;)

If you haven't fallen for the programing language that makes developers' hearts pound, sign up for our Web Developer Blueprint and join the fan club! You'll learn HTML & CSS, JavaScript & jQuery, and the beloved language Ruby, all in a supportive environment of fellow learners, PLUS 1-on-1 office hours with instructors. Classes start next Monday, October 6. Be there when the bell rings and get ready to land your dream job.

Looking for a job writing HTML & CSS instead? Last week we flooded you with resources. Check out my episode on SkillcrushTV, 9 Ways to Get Hired with JUST HTML & CSS.