Emily Martens works remotely from the beach in California as a Content Manager for youth sports filming and highlight reel editing company NextPro. However, just a couple of years ago she was working up to five jobs at a time, struggling to pay her bills, and making no headway on her debts. What was the big change from then to now? Learning how to code. She told her story to Scott Morris.

Just a couple of years ago I was in a position that I think a lot of people can relate to. I was working in marketing, mostly doing copywriting and social media management, and I was working A LOT. At one point I was actually working up to five different jobs depending on the week, including supplemental retail and data entry work. But guess what? I was still swamped with bills and debt. I did manage to always cover my monthly bills, but it felt so haphazard—like I was surviving paycheck-to-paycheck with no real direction. Meanwhile, I was getting nowhere with my long-term debt on the income I was making. It started to get super discouraging seeing how much I was working but not seeing that time reflected when it came to paying off debt.

I Needed New Skills to Pay Off My Debt, But I Didn’t Know Where to Start

I knew my upward career trajectory and ability to get ahead on bills and credit card debt was limited without a new bachelor’s degree or a master’s degree (hello overwhelming student loan debt) or more marketable skills, but that’s such a hard place to be in—it’s one thing to KNOW you want to improve your career and financial prospects, but it’s another thing to figure out how to get there.

In my case, I eventually ended up in a situation where I really didn’t have a choice—I had a baby! This meant I HAD to start up skilling to make extra money, and I needed to do it ASAP.

When I took maternity leave I ended up losing one of my jobs, and half of my steady income went with it. I’d actually been thinking (very gently) about learning to code for a while, but it was that sudden loss of income combined with timely encouragement from my fiancé that got me seriously considering it. My fiancé is a teacher, and around the same time my income took a hit he happened to go to a demonstration at a local tech company looking to get high school students excited about computer science. While he was at that demonstration it occurred to him that I might really enjoy coding.

He mentioned the idea to me and it just seemed to click. I come from a family of artists and performers—I actually studied theatre arts and have written novels—but ultimately I’ve always enjoyed math and problem solving. However, up to that point no one ever pushed me to pursue anything STEM related. It just sounded like such a perfect idea that I started doing research on different coding schools. And I’m glad I did! I’d looked into everything from personal training to real estate, but coding ended up being the only thing that really ignited a passion in me—I was able to tell what an ideal fit it was even during my first HTML and CSS lessons.

I did a LOT of research about coding schools before I decided to enroll with Skillcrush. Obviously, I had a very young baby at home, so an in-person bootcamp wasn’t viable for me (nor did I have that kind of money to spend on tuition). A 100 percent online course was definitely a must, so that—combined with a price point that didn’t involve major student loan debt—made Skillcrush a seem like a perfect alternative to bootcamps. Still, the main reason I finally chose Skillcrush was the culture. The idea that coding was for everyone really appealed to me. Of course, even though I was sure about choosing Skillcrush I didn’t go into learning coding without some doubts. There’s always the concern about how long it will take to learn to code, but by the time I started Skillcrush I realized I’d wasted so much time thinking and talking about doing new things (instead of actually doing them), that I was able to get over this concern pretty fast.

Money, however, was more of a persistent concern for me—Skillcrush is a lot more affordable than other options but it’s still an investment, and this was at a time when my finances were stretched pretty thin. Fortunately I had a partner who encouraged me to just go for it, spend the money, and invest in myself. And that’s exactly what it ended up being—a smart investment in my future. The courses that I took have long since paid for themselves (speaking of paying off debts), and I learned valuable skills that were already putting me in a position to turn a profit by the end of my first three-month Skillcrush Blueprint (the Front End Developer Blueprint, which I followed up with the WordPress Developer Blueprint).

Learning to Code Helped Pay My Debts, But it Also Changed My Life

In my case it took me about six months to FEEL ready to start doing paid web developer work, but looking back I realize I could have started pursuing paid work by the time I completed the Front End Developer Blueprint. I landed my first job by approaching a work colleague who owned a digital marketing agency and who I’d done copywriting for in the past. I told her I was now working as a WordPress web developer, and she got super excited and told me she had a client who needed a website. After telling me a little bit about the project, she asked me to send her a quote along with some theme template suggestions she could include in a proposal for her client. By the end of that week I had a deposit in my bank account and started writing code for pay! It felt amazing. And it felt even better once I dove into the work and proved to myself that I had the chops to do what I said I could do.

Now—two years after I started learning to code—I’m working as a Content Manager, a job that included overseeing the front end development of our company’s new website. I had a three week deadline on the initial launch of the website, but with the skills I’ve learned I was able deliver it ahead of schedule. As far as bills and debt go, my salary is now almost six times what it was when I set out on my coding journey. So, like I mentioned, my Skillcrush debts were easily and long since paid off. I’ve also paid for my car loan in full, I can handle all of my bills each month without using credit cards, I bought new furniture, took my family on a Disney vacation, and—best of all—my coding income has allowed us to live on the beach here in California. In fact, I can see the ocean right now from my desk where I’m working, because my job is also a remote position—pretty handy since I have a toddler to take care of.

This lifestyle change has been nothing but positive for my mental health and work/life balance, which speaks to the fact that learning to code is so much more than just paying off debt. Don’t get me wrong, the financial aspect is huge, but it’s improved my life in almost every way I can think of. I now have a confidence and determination I never experienced before learning to code, and things like debt payoff and extra money for bills are really just a side effect of that. 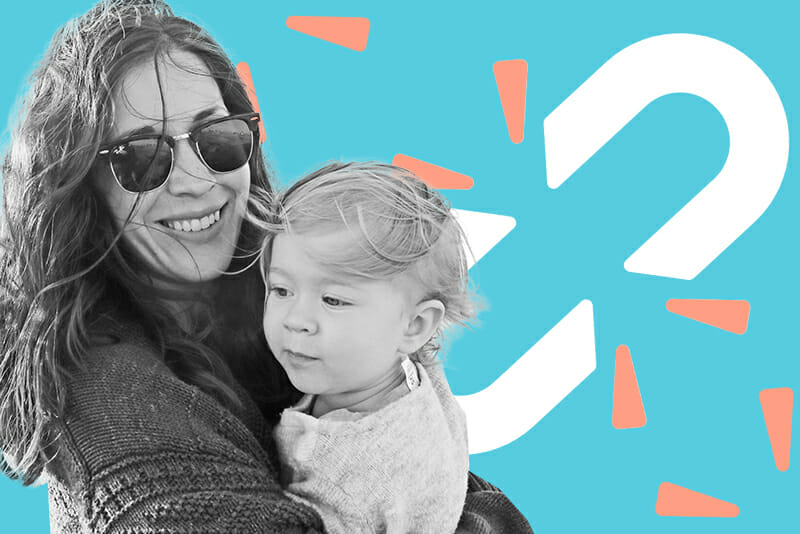