If you’re looking to earn more money and build up new skills and experience, side hustles are the way to go. Starting a side hustle gives you the freedom to seek out work that interests you, accept clients on your own terms, and invest as much time as you want into your side enterprise. But—since you’ll be adding this side work to your full-time job or domestic responsibilities—side hustles require balancing your time and priorities. While this might sound like a tall order, with a little bit of creative thinking and flexibility, incorporating a side hustle into your already busy life can be a snap. To give you some pointers on how to have it all, I spoke with three successful side hustlers and got the scoop on how they get it done.

Up Skill on Your Lunch Break

One balancing issue that crops up before a side hustle even begins is finding the time to learn the new skills you might need for a lucrative side gig. If you’re already working full-time, going back to school doesn’t sound like an appealing option. The good news is that some of the most high paying side hustles require skills that can be learned relatively quickly during your downtime. (Think: on your lunch break, or any other pockets of idle time during the day.)

Shannon Mattern, CEO at WordPress training site WP+BFF, learned tech skills as a way to start her own side hustle—a side hustle that she balanced for three years alongside a day job. During her time running the marketing, continuing education, and IT departments for a small non-profit association, Mattern saw the value of WordPress—both being able to use it herself, and the potential market for teaching it to others. WordPress (a content management system that allows you to create, publish, and manage web content) is one of several digital skills that can be learned within a months-long time span and can lead directly to a profitable tech side hustle.

In Mattern’s case, she was able to teach herself WordPress with no formal training or background while also working at her day job and juggling the rest of her responsibilities by filling lunch and coffee breaks with lessons—a formula you can replicate at your own job that beats mindlessly trolling Instagram. If you’re looking to follow this model yourself, online resources abound. You can learn WordPress basics through self-directed courses on websites like Lynda, and up your game even further with instructor-led courses from online schools like Skillcrush. And, in addition to WordPress, critical tech skills like HTML, CSS, and JavaScript can also be learned online in a matter of months.

Plan a Schedule that Works for YOU

According to Mattern, it’s critical to plan ahead and explicitly schedule your time in order to be successful at your side hustle. When Mattern first started out, she tried to cram her side work into her schedule anywhere she could, which—more often than not—meant working in the evenings after a long day at her full-time job. After a frustrating start, Mattern took a step back, adjusted her schedule, and carved out a healthier balance between her day job and her side work.

Instead of working late, Mattern started getting up earlier to fit in a few hours of side work before her day job began. Because she found these early morning hustle hours so effective, Mattern eventually negotiated a schedule at her day job that let her start later. The big key for Mattern was to frontload her side hustle hours so she could do them while she still felt fresh, rather than trying to squeeze it all in at the tail end of an 8-hour work day.

Of course, your own mileage may vary—some people would rather work in the evening than the morning, other people prefer to spend time on the weekends instead of during the week, etc.—but the general sentiment stands. Your side hustle work won’t get done accidentally. You need to purposefully establish a schedule that allows you to be productive and fits your work style needs.

Put Down the Remote

Knowing what time of the day and week are ideal for your side hustle is one thing, but how can you free up that ideal time? According to Kirsten La Greca, once you start looking you’ll find time-sinks in your schedule that are easier to cut out than you might think. La Greca is a reality TV casting producer and director by day, but—despite this demanding job—also manages to spend 20 hours a week running her eCommerce brand Rosa Gold. La Greca says that as tempting as it is to use the excuse of “no time” as a roadblock to starting a side hustle, the time is there—it’s just up to you to find it.

Before La Greca started her side hustle she spent a lot of her non-work/responsibility time watching TV. But when she found herself looking for that extra 20 hours a week to get her brand rolling, she realized the TV could go. For La Greca, it was simply a matter of exchanging passive downtime for active creative time—an exchange she says was remarkably easy to make. Putting down the remote and giving herself the space to start her side hustle not only improved her life financially, but brought unexpected benefits like making new friends, learning coding skills, and getting to serve on the US delegation for 2017’s Global Entrepreneurship Summit. While TV may not be your personal time-sink, take stock of any passive time wasters you can pluck out of your own day and consider replacing them with side hustle productivity. Chances are, you’ll find the appeal of those time-sinks won’t stand up to the prospect of more money, a creative outlet, and the potential for a new career.

Danielle Flores is a web engineer by day and spends about 10-20 hours a week side hustling—mostly on nights and weekends, working from bed with her laptop. Flores’ hustle includes running an advice blog as well as doing freelance web development. Like La Greca, Flores cites setting aside passive activities like TV in favor of making a financial and creative impact with her side work. However, for Flores—on top of scheduling dedicated side hustle time and carving out the space to make that time possible—one of the biggest motivators for feeling a sense of balance between her day job and her side hustle is to think about the future.

Flores says that she and her wife are trying to build up their savings and investments so they can eventually reach financial freedom. Specifically, they’re hoping to be able to retire early—a goal that’s far less likely when your finances are limited to your 9-5 salary. Your own financial goals might be slightly different, but whatever they are (saving for your kids’ college tuition, sending aside a travel slush fund, generating income to invest in more skills, growing a business to eventually replace your day job, or even just having a little extra spending money), the time you invest in a side hustle will pay you back with these dividends in the long run. At times when the balance between your full-time job and a side hustle seems daunting, keep in mind why you’re doing it, and think about the fact that the payoff will be more than worth any incidental balancing bumps along the way.

The big takeaway here is that yes, starting a side hustle will require planning and priority shifting to fit it in with the rest of your life, but—if you’re committed to your goal—side hustling while working full-time (whether that’s paid or domestic work) is totally doable. And not only is this balance achievable, but your efforts will be rewarded.

“I wouldn’t call it a side hustle/day job balance as much as I’d call it a blend,” Mattern says. “If you love what you do on the side, it doesn’t really feel like work. The extra money is amazing, and there are always pockets of time—checking email while waiting in line. Working in the car on road trips. Working through your to-do list on your lunch break. It’s worth the extra hustle to get to that light at the end of the tunnel.”

Can You Balance a Side Hustle With a Full-Time Job? Yes—Here’s How 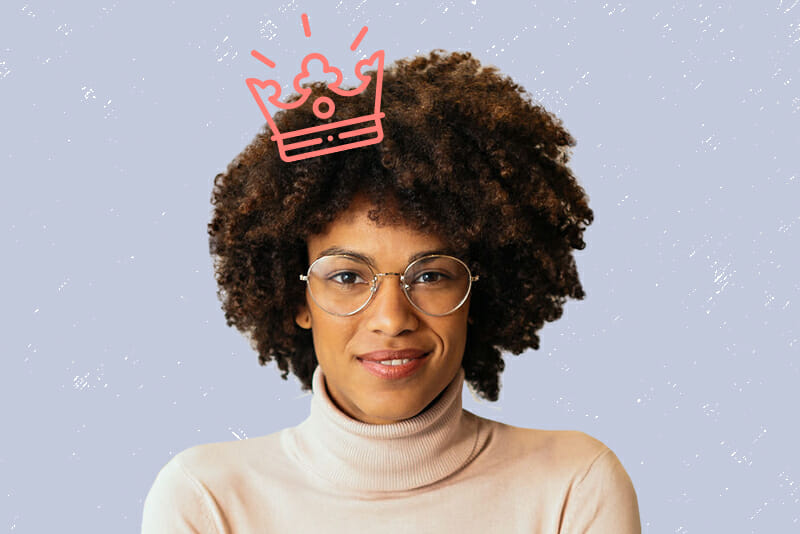