We’ve all seen the stereotypes: that coders look exactly one way—and it’s not exactly the most inclusive description. (In fact, there’s a pretty high chance that if you’re reading this, you don’t look like the coders we see on TV, in movies, and in the media.) But that’s simply not an accurate representation of the tech world—which is growing more diverse as people find ways to join the industry that don’t involve slogging their way through Silicon Valley. This is the first installment of What Makes a Coder?—a monthly column that will spotlight two people with tech skills and the diversity of their careers. Some might work at giant tech companies, some might be freelancers, or others might not work in the tech industry at all—they simply use their tech skills in another field. These programmers are all over the world and have different backgrounds, education levels, ages, genders—we could go on and on. We’ll get to know each coder with a series of questions about their career trajectories, how they got their coding start, and what they do outside of work. In the process, we hope to make clear that there is no one specific persona or path in tech: Tech is for everyone, and it can be a winding road to get there. 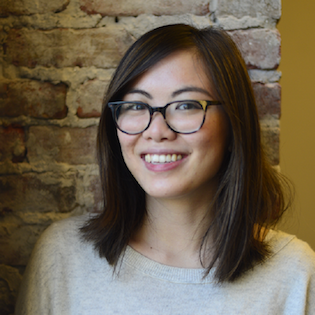 What do you do and where do you work?
I do front end development at a mid-size tech company.

Did you start out your career as a coder?
Nope, I didn’t start out coding! I ended up getting my first job as a supply chain allocator for a large retailer in New York through one of those New Grad programs.

It involved working with a lot of Excel spreadsheets. To populate the data in the spreadsheets we used, we would click a button and all the latest data would get pulled into the spreadsheet. I became obsessed with understanding how this process worked and found myself learning to write VBA macros to automate my job.

How did you learn to code?
I have a very, very long journey with learning to code.

I made tons of personal websites tinkering with HTML during high school and chose to major in Computer Science in college. It seemed like the perfect major at the time just because I loved computers! I got a pretty rude awakening when I realized that coding was not the same as copy/pasting markup. College Computer Science was a really brutal struggle to understand computer science theory, complex algorithms, and even basic concepts like object oriented programming. The major really lacked the practical element I was hoping for, and my advisor eventually convinced me to drop out of the major.

I ended up with only a minor in Computer Science but had no practical implementation knowledge. After non-coding jobs and internships, I ended up returning to coding by learning to write VBA during work (more on that later). I ultimately knew I still wanted to learn web development, but I didn’t really know how. I had three friends who had gone through a coding bootcamp and recommended it to me. Even though it meant quitting my job and moving across the country, I ended up applying and getting accepted to the three-month immersive web development course. Their curriculum covered computer science fundamentals and modern day web frameworks: that practical deep dive I think I had been missing.

Tell us about a favorite project you’ve worked on.
My favorite project I’ve worked on has still got to be my thesis project from my bootcamp days. it’s a fun and whimsical little web app called Dateworthy. It was a group project with my closest peers and I’ve never experienced a better team dynamic than the one we had working on the project.

Were you always interested in tech? What sparked your interest?
I’d like to think I’ve always had a knack for technical things, but at the heart of it, I just really enjoy making things. It helps that I’m curious about a lot of things and the way they work—it was that curiosity that caused me to stumble over website source code in the first place! I’ve loved websites since I was in middle school (early 2000s), and I first got started “coding” HTML and markup from copying and pasting the source code of websites I liked and trying to replicate them.

Do you have any advice for people who are considering learning to code and might have some apprehension?
Just do it. Go at your own pace. Don’t judge yourself for being slower than someone else you know. It’s not a race! It took me seven years to get to a place where I actually felt like I knew enough to “deserve” to feel like I knew what was going on, and I realized all of that was just in my own head.

What do you do outside of work?
I’m very interested in financial literacy and run a blog about personal finance. There’s something very human about how we think about money and livelihood, and I love exploring that. I’ve also gotten really into rock climbing in the past couple years. It’s technical yet requires grace and movement. It’s a constant confrontation of you and your limitations. I just love it—it’s a really beautiful sport, and a really great non-traditional way of working out!

How would you describe your work/life balance?
I feel really lucky that my company values work/life balance! My job is pretty flexible with hours and I generally come in around 9:30 a.m. and leave between 6:00 p.m. and 7:00 p.m. 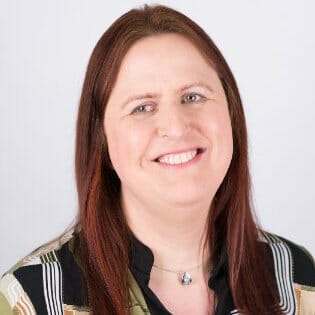 What do you do and where do you work?
My wife and I have a small software company where we both write custom software for small businesses.

How did you learn to code?
I initially self-taught in BASIC at age 12 and then later learned more advanced programming in college at the University of Tennessee, Knoxville. I started in Electrical Computer Engineering with Fortran then switched to Computer Science where I learned Pascal, C, C++ and LISP. I learned database programming while working at the College of Education on Campus maintaining the inventory of audio visual equipment. Interestingly, the database software I wrote there in 1989 is still in use today! I’m always learning new languages—which is easy once you understand core programming.

Did you start out your career as a coder?
I did start out as a coder. During my summers in college, I learned about logistics and the information technology working for my stepfather’s trucking company, and eventually wrote some simple helper applications in a FileMaker database that his mainframe system at the time couldn’t do.

My career started first in databases but then mostly in multimedia and what was called “edutainment” in the 1990’s. These were products like “Learn To Speak Spanish” and Berlitz software for learning a foreign language.

Now, I find myself combining technologies like Java and PHP/MySQL with FileMaker, and I feel like what I do is a combination of my database, logistics, and multimedia experience.

Tell us about a favorite project you’ve worked on.
I’ve had a lot of favorites—from the “Learn To Speak” series I worked on at The Learning Company to a interactive multimedia safety project I worked on with CSX Railroad, but my current favorite is our logistics application that my wife and I wrote. It’s called LMX (Logistics Management eXchange) and it’s constantly growing and getting better as time goes on.

Were you always interested in tech? What sparked your interest?
I’ve always been interested in tech. I’ve always wanted to know how things work. At eight years old I took apart a cassette player to figure out how it worked and put it back together again. (Surprisingly, it still worked afterwards.)

I was especially interested in anything electronic or electrical. When I discovered computers in the 6th grade on an Apple II+, I was hooked.

Do you have any advice for people who are considering learning to code and might have some apprehension?
The best way to learn to dig in and play. There are wonderful online courses and videos on Youtube that are great for getting started. These resources online can help you learn PHP, JAVA, and MySQL, which are all open source software that is free but extremely powerful. Downloading and installing any flavor of Linux (also open source) is a great way to start to understand how things work under the hood.

What do you do outside of work?
I’m a transgender advocate and participate on several committees advocating transgender health. I enjoy spending time with my wife and our two cats and recently have been doing some acting on the side. I also enjoy movies, cooking and shopping.

How would you describe your work/life balance?
I tend to work a lot even on weekends, but I integrate some work with things I enjoy, like building a computer or putting in a VoiP phone system in to home/office. Just last week I hacked the in-dash stereo unit on my car that runs Android and put Waze on it so that I don’t have to plug my phone it to use Navigation. (Plus, I prefer Waze over Apple Maps.)