At Skillcrush when we write about starting a career in tech, “Silicon Valley” isn’t necessarily the end game. We want to drive home the point that tech is for everybody, and a big part of that inclusivity lies in the fact that tech is also everywhere—there’s a lot more to working in tech than signing on the dotted line with a traditional tech company. Still, if tech is for everyone then that means there has to be a tech role out there for everybody based on their own unique schedules, interests, and needs. And if “everybody” includes people who are happy working as far outside of a conventional tech setting as humanly possible, it also includes people who’s happy place really is working within the confines of a big, established, tech company.

Tech’s history of workplace diversity has been shameful to say the least, but as more women and other people outside of the white male bubble enter the industry, more companies are beginning to see the obvious benefits of a diverse workplace. In order to maintain the highest level of flexibility for women interested in tech, and to show those women whose needs are best fit by a traditional tech company that there is in fact a place for them, we’ve rounded up five major tech companies who are making a concerted effort toward gender equality.

As old guard a name as IBM is in the tech world, it might be easy to overlook the business giant as a leader in workplace diversity. But—according to IBM’s President and CEO Ginni Rometty—diversity is not only a priority for the company, it’s one that IBM sees as fundamental to their economic success. With regular appearances on DiversityInc’s Top 50 Lists for diverse companies since 2001, and a Momentum Award from the Anita B. Org’s 2017 Top Companies for Women Technologists, IBM has the cred to go along with their stated mission, and a look at their policies makes it clear why.

IBM’s recently revamped parental leave policy now includes 20 weeks of paid maternity leave, and 12 paid weeks of leave for fathers, partners, or adoptive parents. Further, IBM offers up to $20,000 in reimbursement for couples or individuals pursuing adoption or surrogacy. (This reimbursement stands even if the process is unsuccessful.) Once parents are back at work, IBM’s benefits continue with flex time for picking up kids from school, going to doctor’s appointments, or attending special events. Nursing mothers have access to a shipping service for sending breast milk back home while on business trips, and the company also provides childcare discounts and a $50,000-per-child reimbursement for services related to mental, physical, or developmental disabilities. It’s worth noting that these family-friendly benefits are available to all of IBM’s U.S. employees, whether full or part-time.

Workplace gender equality is a huge priority for global management consulting and professional services firm Accenture—in fact, the company has committed to reaching a 50 percent male/50 percent female workforce split by the year 2025. In order to get there, Accenture has taken concrete steps to hire, develop, and promote female employees, including a leadership program helping the company’s most senior women advance into executive roles (with 80 percent of women who’ve participated in the program since it began six years ago being promoted or having their duties expanded significantly), and a Women in Technology program that fast-tracks the careers of high-achieving female employees.

Chief Leadership and Human Resources Officer Ellyn Shook says that Accenture’s ultimate goal is to foster a “truly human environment” where people are free to be themselves, something the company feels has the added of effect of bringing out people’s best professional work. It’s this mission (and the policies Accenture has put in place to get there) that earned Accenture the highest total score for a company with a technical workforce of over 10,000 employees in Anita B. Org’s 2017 Top Companies for Women Technologists.

Salesforce is a cloud-based customer relationship management company headquartered in San Francisco. While many companies make reference to diversity and inclusion, Salesforce embraces it as a core company value, viewing diversity as a key contributor to the company’s success (including 8.39 billion dollars in revenue in 2017). In fact, Chief Equality Officer Tony Prophet says that diversity and inclusion are so important to Salesforce’s mission that they deserve the same amount of energy and focus as the creation of new products and markets.

In order to live up to this stated value, Salesforce has made a strong commitment to equal pay for equal work—pay inequality between men and women still being a major and persistent issue in the workplace. As part of this commitment, the company has implemented regular audits of employee salaries to identify and address statistically significant, gender-based pay gaps. Last year alone Salesforce spent nearly $3 million on this effort.

Additionally, Salesforce offers extensive employee training on unconscious bias and cultivating equality at work, and has a policy of interviewing at least one woman or underrepresented minority candidate for each executive position.

Alongside this attention to equal pay and outreach on diversity issues, flexibility is built into Salesforce’s company culture—the company allows parents to maintain flexible work schedules, putting them in position to succeed professionally while balancing their family obligations. And Salesforce keeps an eye on a diverse future, partnering with STEM education organizations like Black Girls Code, Code2040, CoderDojo, and Year Up to extend educational opportunities to young women and other underrepresented groups.

Appnexus is an online advertising company based in New York City with additional offices in North America, Latin America, Europe, Asia, and Australia. Like other companies that embrace a diverse workforce paradigm, Appnexus understands that workplace inclusivity leads directly to product innovation, business success, and talent retention. Appnexus’ general approach to diversity includes community partnerships with organizations like Girls Who Code and Jopwell as ways of attracting new talent, affinity groups for employees based on shared identity as a way of providing constituencies and knowledge bases for underrepresented groups (these affinity groups include Black, Latino, Women, and LGBTQ+), and internal training focused on inclusivity, career development and mobility, and conflict navigation.

In addition to these efforts, Appnexus maintains high visibility in its commitment to workplace gender equality by hosting an annual Women in Leadership forum. This invite-only conference is heading in to its fourth year, and 2017’s event featured more than 260 guests and 26 speakers from organizations as well known and varied as NBCUniversal, Girls Who Code, and the New York State Senate. This event is an extension of Appnexus’ commitment to improving the number of women in corporate leadership positions, and reflects AppNexus’ daily workplace culture.

Stockholm-based Ericcson is a telecommunications giant that hosts 40 percent of the world’s mobile traffic on its networks. Being in the network and communications business, it only makes sense that the company would bring a spirit of connectivity and inclusion to its workplace policies as well. In an attempt to create an increasingly diverse and innovative workforce, Ericcson focuses on five key areas to build up new hires and develop current employees into leadership positions—gender, age, sexual orientation, disability, and nationality, culture, and ethnicity.

In terms of gender, Ericcson hopes to have 30 percent of their workforce as female identifying by the year 2020, and—since 2012—has made slow but steady progress in this direction. Of particular note is the fact that from 2012 to 2016 the company’s executive leadership team has grown from 29 percent female to 35 percent, and their board of directors has moved from 27 percent female to 40 percent, reflecting a commitment to positive change in the organization.

Something that makes Ericcson’s approach to workplace gender equality stand out is its involvement in the UN’s HeforShe campaign. This campaign is a solidarity movement that encourages all genders to participate in the movement toward equality, and reminds men of their own responsibility in freeing all people from prescribed social roles and gender stereotypes. Ericcson’s commitment to this campaign is an important step in moving gender equality away from being a marginalized “special interest” issue and into the mainstream spotlight of primary importance where it belongs. 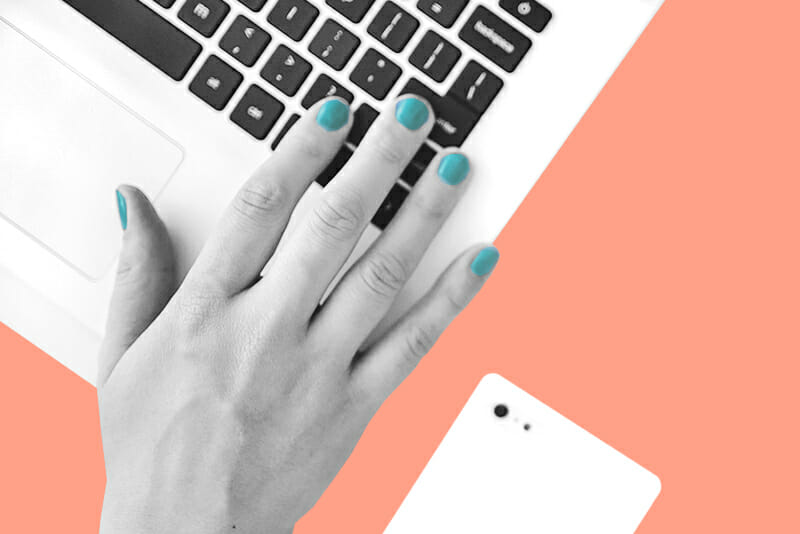