Today we are celebrating two exciting things: Ada Lovelace’s 197th Birthday (check out the awesome Google doodle) and the beginning of CSEd Week.

Do you also support Computer Science education? If so, sign the pledge.

A MOOC is a massive open online course. By definition MOOC’s are massive, they are open to an unlimited number of students, they are open, meaning that they are free, and they are primarily taught online over the Internet, even though sometimes students do meet in person for study groups.

The idea behind MOOC’s is actually quite old. In many ways, MOOCs are trying to solve the same problem that distance learning courses, and online education courses before them, are attempting to solve: democratize access to education.

The term MOOC was first coined by Dave Cormier of the University of Prince Edward Island (yes, that Prince Edward Island for you Anne of Green Gables fans) who used the term when referring to a 2008 class called “Connectivism and Connective Knowledge” that was taught primarily via RSS feeds.

MOOCs have risen to prominence this past year, however, due to a few notable, extremely popular MOOCs being launched by education institutions like MIT and Stanford. In the Fall of 2011 160,000 people signed up to take Sebastian Thrun’s Standford class on Artificial Intelligence. Harvard, MIT, Yale, and many other educational institutions have also made courses available via web platforms such as edX and iTunes.

As you might expect, a new crop of startups have sprung up hoping to capitalize on the new-found popularity of online education (among them, you might argue, Skillcrush). So if you are one of those lifelong learners, you have tons of options! May we suggest that you check out Coursera, Udacity, edX or Khan Academy? 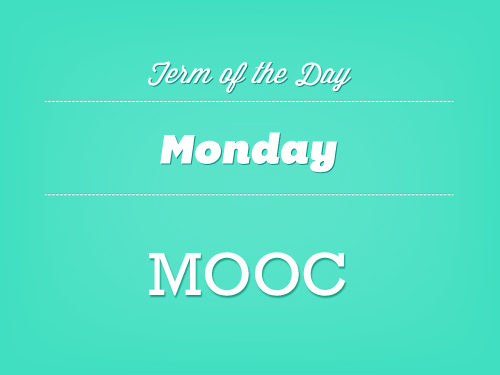