Amanda Page had serious student debt—$48,000, to be exact. She was working as an adjunct professor at a couple of different colleges, trying to piece together a full time teaching career, and she wasn’t making enough to tackle what she owed. So she started supplementing her income with side hustles like freelance writing, working as a temporary receptionist, and grading math exams online. As she dove into debt and frugality blogs, she came across a new gig: taking paid surveys online.

Page, now a personal finance blogger, researched paid survey sites and initially signed up for InboxDollars, which gave her a $5 signing bonus just for registering. Then she moved on to Swagbucks at the recommendation of several trusted bloggers.

Taking online surveys is a compelling offer. You can earn money—either in cash or frequently gift cards or rewards points—and all you have to do is have an opinion. You can earn that money from the comfort of your own home in sweatpants with a glass of wine, or knock out a few surveys during slow moments at the office, racking up money when you’d usually just be trolling Facebook. Who wouldn’t jump at the opportunity?

Survey sites advertise that you can earn $5-$35 per survey (although a Student Loan Hero reporter found an average more in the range of $1-2 per hour). Paid online surveys are utterly ubiquitous—there are hundreds of sites that feature paid surveys. These surveys are typically run by marketing or research firms looking for consumer perspectives, and you could be asked questions covering just about everything under the sun.

But is taking surveys for money worth it?

The short answer is: No. This is largely because the reality of taking paid surveys differs wildly from the expectation—and you’re set up for failure from the beginning. And, you just don’t make that much money.

You waste time up front.

To take surveys, you need to qualify. This means answering a battery of questions up front—before the paid portion of the survey. Page attempted a variety of side hustles to pay off her debt, and says that taking online surveys was the “least helpful” side hustle she tried, mostly because she simply couldn’t even get to the surveys themselves. “You can spend almost 10 minutes just trying to qualify for a survey, and then [get] declined,” she says. “It takes way too long to determine if you’re eligible to take the survey, just to make $5,” she says. Short of magically being the right demographic for every survey, you’re looking at getting turned away more often than not, and wasting time answering questions that don’t come with a pay off.

You don’t get paid right away.

About that money: Survey companies typically don’t pay you for each and every survey—you have to meet a payout amount to earn your reward. Page says it took her months to reach the $30 payout on one survey site—time she could have easily spent on more lucrative side hustles. This presents a problem if you need money fast or if you decide to change course and try something else—you might end up answering tons of questions and never actually see that money.

Paid surveys take up way too much time.

Prov Tripi has done surveys for Jetblue, and says it takes forever to make it worth anything. “Even a minimum wage job is better,” she says. What’s more: Tripi says that online surveys usually take at least twice as long as they say they will. In fact, if a survey claimed it would take 25 minutes, Tripi would allot an hour.

The only way to make this work would to be a serious survey junkie who can dedicate hours to the work, which defeats the purpose of a side hustle entirely. What’s worse is the idea that you can’t adequately plan your time—a survey might take twice as long as it says or five times as long. That kind of unpredictability means this isn’t a side hustle you can rely on.

If you run the numbers, Page says, online surveys simply aren’t worth the time. “If you’re spending 20 minutes to make $3 on a survey, do the math. That’s $9 an hour—maybe—if you qualify for the $3 survey every time,” she says. According to Page, “the survey side gig is just not sustainable. There are wiser ways to spend your time that will earn you more money in the long run.”

So what should you do instead? There are plenty of legit side hustles that make real money, and feel way less scammy than paid surveys. Tech side hustles like web development, copywriting, and quality assurance testing are part of stable and booming industries—and are certainly less-mind numbing than survey-taking.

But the most important factor that makes these better options is the fact that these gigs can bring in thousands. Web developers charge an average rate of $75/hour, copywriters make $60/hour, and QA testers make $47/hour. The reality is that if you want to bring in serious money, you might need to consider upskilling a bit—a worthy investment that will pay off massively. While mindless side hustles sound appealing, they often times simply don’t pan out and end up being a mega time waster. Don’t fall for it. Your time is too valuable, and you deserve to be paid well for it.

The Side Hustle That’s Definitely Not Worth Your Time 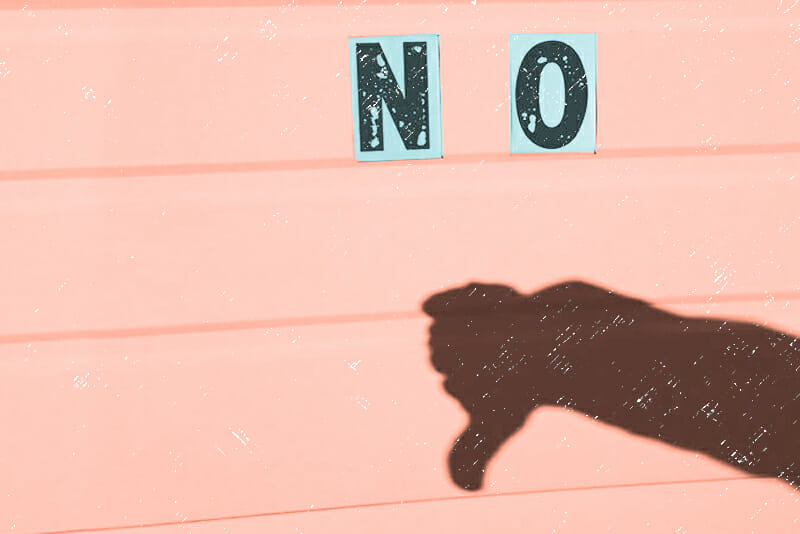