When I was an equity analyst working on Wall Street, I had a continuing ed instructor observe, “You’re really good at math.” If you know anything about equity research, you’d think I came back with something witty like “Darn straight, I am. I eat financial models for breakfast, spit out stock calls at lunch.”

Instead, after graciously (I hope!) saying thank you, my internal conversation went more like “Really? Could he be right? Could it be true that I’m good at math?” I can pinpoint the moment I started to believe I was bad at math. This script, so to speak, began in fifth grade, when math involved word problems. When my teacher told me to stop asking questions and just figure the question out on my own, and I thought I couldn’t, the script was complete.

The “I’m bad at math” script wouldn’t be so troublesome except that girls and women in the United States have a tendency to believe they are bad at math. Meanwhile, we live in a society whose systems and social structures value math skills. The script was especially problematic for me because it wasn’t entirely true.

For the sake of argument, let’s say it was true that I have always and will forever struggle with math. Would that mean I’m dumb? No, because none of us has just a single intelligence, nor is our intelligence fixed.

According to Harvard psychologist Howard Gardner’s groundbreaking theory, there are at least eight different types of intelligence. The first two aptitudes, logical-mathematical and linguistic, are the most valued by our society; others— including spatial, naturalist, musical, searchlight, and interpersonal intelligences— are less so.

It is his theory, I believe, that accounts for success in uncommon ways. Why an art major like Adda Birnir, has set up a highly successful tech education company for teaching women to code. Or why I, having never set foot in a math, accounting or finance class as an undergraduate became an award-winning equity analyst.

In any field there are going to be “pay-to-play skills”, a hurdle you have to jump to be able to do the job, and are thus vital at the outset of a career. You may find there are others that are more proficient with this pay-to-play skill. It may also be that what propels you to the top of the heap may be the intelligences that many might consider non-essential, and even dismiss.

In other words, logical-mathematical thinkers are not the only ones well-suited to careers in tech. In fact, with such a wide variety of roles to play in the field of technology, each intelligence type brings something valuable to the table.

Perhaps you’ll draw on your love of architecture, interior, or landscape design as you organize your corner of cyberspace. Designing for the web requires creating wireframes to show where buttons belong and designs that carefully consider how much space to include in a header.

Specifically, User Experience and Product Design draw on spatial intelligence. In a UX or Product Design role, it’s up to you to design the look and feel of a site or app, from the colors and font choices to the mobile layout.

Your ability to observe, collect and categorize, that may have begun with snow globes as a child, now allows you to detect patterns, important for troubleshooting as you build code.

If you’re great at recognizing and creating patterns that make sense, you’ll succeed in a wide range of tech roles, from using mobile design patterns as a responsive web developer to writing streamlined and organized code as a back-end developer.

This goes beyond playing an instrument. It’s about the principles of organization, whether a presentation, conference or program.

In tech, you can use your strong organization skills to lead a tech team. Those orchestration abilities will also be useful in User Experience and Product Design, since you can create a site or app that guides users to take specific actions, like signing up for an email newsletter or clicking “buy” after looking at a pair of boots.

Did your contact form break because of a missing semicolon? Searchlight intelligence will take you a long way as a freelance web designer or developer, since it’s up to you to catch your mistakes and keep track of entire projects.

The ability to look outward at the behavior and feelings of others, figuring out their motivations.

There isn’t a product manager on the planet that doesn’t need interpersonal smarts. And those skills are especially important in tech, where many workers clock in remotely and from all over the world. Top-notch communication is a must.

In short, no matter where you shine, your particular intelligence is valuable (and recognized) in tech.

Perhaps you, like me, are not notably intelligent in the traditional, academically, testable sense. But each of us is intelligent. And as we learn from the theory of disruption, success in your chosen field isn’t just about figuring out what you do well, but what you do well that others don’t.

As a coder, do what’s necessary to clear the pay-to-play intelligence hurdle. Once you’ve learned the basics, like HTML and CSS, focus on your distinctive strengths. What you do outstandingly well. If the marketplace doesn’t recognize or value this particular intelligence initially, even better — that will become your competitive edge.

The most important kind of smarts, and each of us would do well to cultivate, because indeed we can get smarter says Dr. Heidi Grant Halvorson, is intrapersonal intelligence, or the ability to identify personal feelings, goals, fears, strengths and weaknesses. I have blind spots, like everyone does, and so very many failings, but the willingness to look at myself, and to doggedly improve, and to make just one more call, to write one more piece, has helped me to become a high-performer. Famed Spanish surrealist painter wrote, “Intelligence without ambition is like a bird without wings.” In other words, intelligence with the ambition to improve makes you uncommonly smart.

You probably have an idea of where your strengths are, but if you aren’t sure, take an online personality test, like this one, to narrow in on your instinctive skillset.

Whitney Johnson is the author of Disrupt Yourself: Putting the Power of Disruptive Innovation to Work. You can pre-order the book here.

Think you're not smart enough to code? Why you don't need to be a computer person: http://goo.gl/iMwS4z via @skillcrush @johnsonwhitney 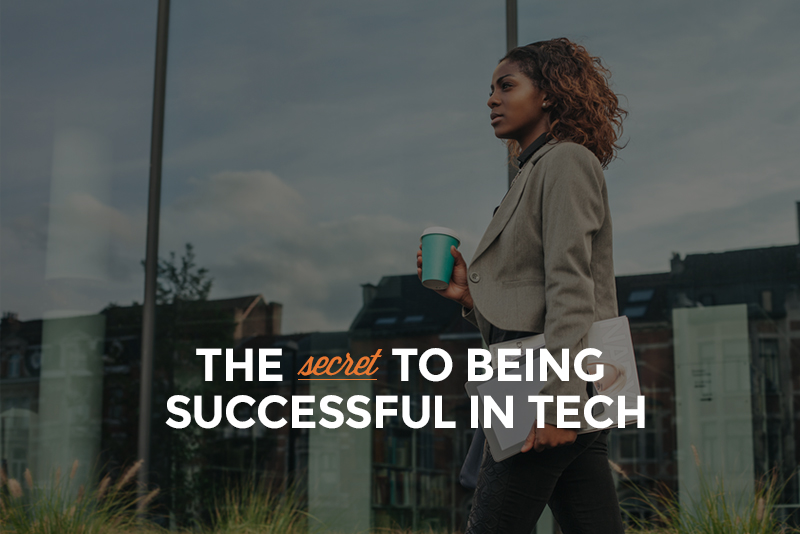