If you are working for an Internet business, or running your own, you need to get on the Web video bandwagon. Right now.

In this modern digital world of Instagram, status updates, and tweeting, a video can almost seem prosaic. So old school. So TV. So big broadcast network.

That is, until you learn the truth about the astounding power of web video. At which point you will drop your phone mid-tweet and run to sign up for an audio visual club.

1. YouTube has more than 1 billion unique visitors per month.

That’s 1/7 of the ENTIRE human population. And nearly 1 in every two people on the Internet visit YouTube every month.

What this means: YouTube now reaches more US adults aged 18 – 34 than any other cable network. If you were planning a TV ad to reach the masses in America, you might be better off putting those ad dollars into your YouTube channel.

And the best part? YouTube, unlike a big network media buy is…FREE.

By comparison, 2012 saw 57% Internet traffic in video content. At this rate if one person were to watch all the video content that passes through IP networks in one month of 2017 it would take them 5 million years.

What this means: There is something about video that draws people in like nothing else: not status updates, GIFs, or even sepia toned pictures.

And the good news is that platforms such as Vine, Instagram video, Google+ and YouTube are making it easier than ever for brands to create entertaining and useful content without the high production costs involved in traditional media.

In getting on top of this trend now you’ll reach more potential customers today and tomorrow, and convert them, long term.

3. Eighty-seven percent of shoppers say online content has a major to moderate impact on vendor preference and selection

And the best way to serve online content? Video, of course!

What this means: If a picture tells a thousand words, than a six second Vine video (at 24 fps) is 144,000 words. Even six seconds is enough to get a lot of information across.

But the real magic happens when you hedge the line between lo-fi entertaining content and polished informational advertising.

A good rule to go by when thinking about what to create is:

I do have to share one word of caution: 43% of respondents say “blatantly self-promotional” content is a major turn off. So you know, if you wouldn’t feel comfortable talking to your friend like that, don’t put it in a video!

4. But people give up on a brand’s video if it doesn’t load in TWO seconds.

If the video is slow to load people begin dropping off at two seconds. By 10 seconds 40% of people have already gone and less likely to return to your website in that same week.

So make sure your video loads!

What this means: Slow load times kill your chances of high view counts. Perhaps we’ve been so conditioned to terrible experiences from the days of dial up Internet, but videos not optimized for different devices is costly.

Ensure you put your best (and quickest) foot forward. YouTube and Vimeo make this easy.

5. Mobile and tablet video share has grown 133% year over year

Meaning that it’s not just people bored at work that will be watching your videos.

What this means: If you’ve been playing with the idea of SnapChat or Vine or Instagram, now is the time to get serious. Begin with short intro videos to your company, employees and products. Encourage staff to use their profile to act as correspondents. People like to interact with brands on social media as it gives them a peek-behind-the-company-curtains. Use rich imagery to show what you’re about.

The moral of these astronomical stats is that people LOVE to watch video on mobile. Videos are important to driving purchases. And what’s better than reaching people at their desks? Reaching them on their commute home, while they are waiting for a friend, during a lazy day at the beach…

The Internet is becoming the broadcasting medium of the future, and though the Internet may be killing the TV star, but video is stronger than ever.

Amber Horsburgh is a Strategist at Brooklyn digital creative agency Big Spaceship, where, in the spirit of full disclosure, YouTube is a client. She teaches Google Analytics and Digital Strategy at Skillshare.

5 facts about online video that will make you drop everything & go pick up a video camera: http://goo.gl/BaMlOE via @Skillcrush 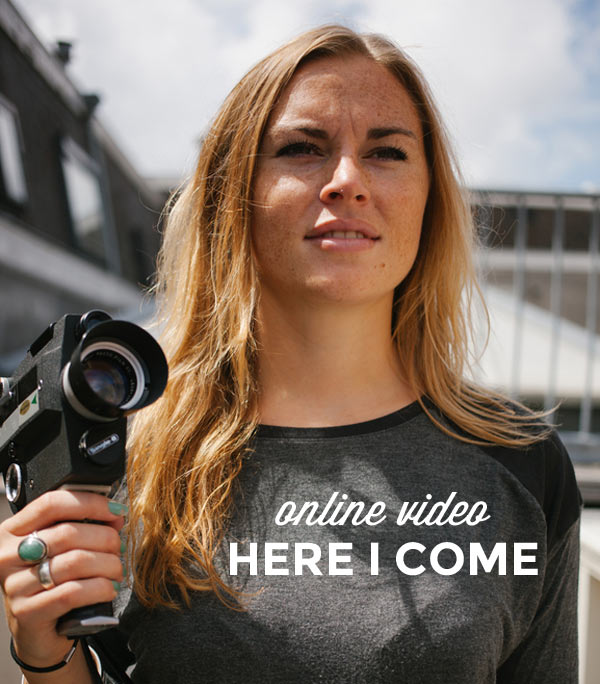